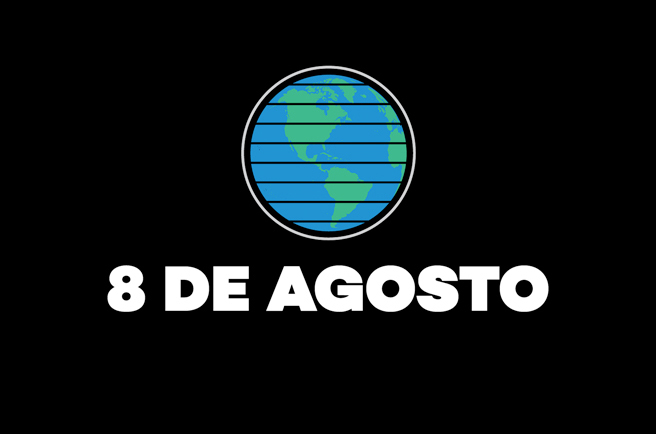 The responsibility of our generation By Fabio Feldmann
[Read a version of this blog post in Portuguese here.]

Since the 1950’s, humanity has reached unprecedented consumption patterns, providing undeniable material progress. It is hard to imagine that at the time of our parents and grandparents, cities coexisted with trams and trains and cars were relatively rare, except for some American cities. Agriculture consisted of a few products without access to the technology of fertilizers, manure and pesticides. In the communications field, we have seen the spread of telephone, telex, radio and television, and of course the Internet.

In the 1960’s and 1970’s, we learned that such heavy industrialization and increasing consumption brought a huge price to the environment in terms of pollution and limits to natural resources. In the 1970’s, the book “The Limits to Growth” warns about the threats to the planet. In 1972, the United Nations organized the first major Conference on the Environment in Stockholm, called “Man and the Biosphere”, which stated that the technological and socio-economic processes associated with “development” were compromising the quality of life on Earth. Scientist Rachel Carson in her book “Silent Spring” warns about the impact of pesticides on the environment. Thus, a worldwide awareness about the civilization of consumption begins.

The Age of the Anthropocene

It was only in the 1980’s, with the confirmation of the destruction of the ozone layer, that the criticism took form as an undeniable proof that humanity is able to cause dramatic changes to the planet. Most recently, some scientists have claimed that we are living in the age of the Anthropocene, meaning that humankind has been exerting “geological forces” on the planet and on the living systems that sustain it.

Due to these actions, the idea of planetary boundaries (planetary boundaries) has gained momentum, and several scientists now claim that we must get ready for extremely severe scenarios and dramatic consequences. Scientific studies indicate the existence of these planetary boundaries. We can highlight one of them, published in the Nature Journal (Vol. 461 – 09/24/2009), by Johan Rockstrom, one of the authors and Executive Director of the Stockholm Environment Institute.

The authors identified nine cases in which it is necessary to define planetary boundaries, concluding that three of them have had their limits transgressed so far: climate change; biodiversity loss rate (terrestrial and marine) and interference with the nitrogen cycle. Global freshwater usage, changes in land use, ocean acidification and interference in the phosphorus cycle are already reaching their limits.

Given this scenario, there is a great effort in trying to quantify the impact we cause on the environment. Then, the idea of Ecological Footprints emerges, co-developed first by Mathis Wackernagel, CEO and co-founder of Global Footprint Network, in order to reveal what individuals, businesses, cities, and countries demand from nature and highlight the role of governments in managing our natural capital more wisely to ensure all live well, within the means of our planet. Global Footprint Network’s data shows that this year, on August 8, our global population has used more resources than the planet can regenerate in the entire year. We call this day Earth Overshoot Day.

Eating habits, choices on clothing and transportation, purchase of household appliances at the individual level, combined with decisions about highways and infrastructure and how we build our cities, at the government level, have local and global impacts, and the most visible today is represented by global warming.

Our generation has greater responsibility for the future of the planet. The most important scientific studies point to the need for a dramatic reduction in the release of greenhouse gases in the next three decades. In case it does not occur, the change of the climate system may compromise food production, cause large-scale natural disasters, require the resettlement of populations from coastal areas…

In simple words, we have to radically change the consumption patterns practiced today, and understand that the paradigm of consuming more and more does not bring welfare and happiness. On the contrary, it destroys the maintainability of natural processes and from a social point of view, it increases inequality. Sustainability and sustainable development mean to create conditions so that we can rethink the idea that economic growth itself is able to promote the satisfaction of material and non-material needs of our society.

From Autos to Apps

The car, the main symbol of the last century, does not meet the requirements for mobility in urban centers. On the contrary, cities are increasingly congested and polluted, and young people are showing much greater openness to public and non-motorized transport options. Cycling and “walking on foot” allow people to move and benefit from the urban landscape in a different way. More and more, digital apps stimulate what is now called the sharing economy. In the same direction, the expansion of solar energy allows self-sustainability and the generation of revenue by commercializing their surpluses.

If it is true that humanity’s demand on nature has exceeded the capacity of complex ecosystems to continue providing environmental services and their corresponding natural resources, it is also undeniable that there is an ongoing revolution of values and new lifestyle impositions. This sets up the hope that our generation will be able to leave a legacy of dignity and sustainability.

Fabio Feldmann is business leader, lawyer and environmental activist. A member of Global Footprint Network’s Advisory Council, Feldman was responsible for preparing the chapter on the environment in the Brazilian Constitution. Learn more about him here.

This article was first published by the Museu do Amanhã. Visit the museum’s Earth Overshoot Day website at https://museudoamanha.org.br/pt-br/sobrecarga-da-terra.