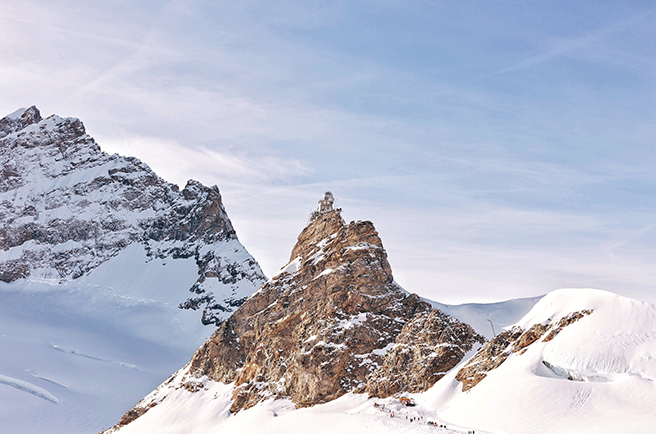 Today marks the date Switzerland has exhausted its annual ecological budget, utilizing more natural resources and services than Swiss ecosystems can regenerate within the full year. This date has been calculated by Global Footprint Network, a research institute with offices in Europe, North America and Asia. “We have such a high Ecological Footprint, it would take almost three planets to support the world’s population if everyone lived the way we do in Switzerland. That’s a challenge we need to address,” said Michel Tschirren, Policy Advisor Green Economy and Trade at the Swiss Federal Office for the Environment. The Swiss, for example, consume twice as much food as they can produce, relying heavily on imports. The carbon Footprint makes up 74 percent of the Swiss Ecological Footprint.

“As a country, we’re well-endowed with human and financial capital, but we haven’t paid sufficient attention to ecological constraints, such as the ability of our ecosystems to absorb excess carbon from fossil fuels and provide biomass for energy and food,” added Mathis Wackernagel, CEO and co-founder of Global Footprint Network. “If a Swiss resident had consumed its entire annual budget in the first 82 days of the year, both she and her bank would be worried. The same should apply to our natural resources, because they are essential to our existence.”

“At Global Footprint Network, we recognize trade is the necessary and beneficial component of healthy relationships between nations in a globalized economy,” Wackernagel added. “We also believe heavy dependence on imports for natural resources, in a world where population and demand continue increasing, can turn into a significant risk for all countries, including high-income countries such as Switzerland.”

To spark a dialogue on the key issues of energy conservation, natural resources consumption and economic performance, Global Footprint Network will host workshops in May 2016. The goal is to help raise awareness and facilitate a necessary, informed public debate ahead of several upcoming initiatives that aim to address high resource consumption. These include the Energy Strategy 2050, Efficiency Initiative and the Green Economy Initiative. Adèle Thorens Goumaz, Initiative for a Green Economy: “These initiatives should make us hopeful. However, after each parliamentary debate and election these initiatives have been watered down.”

Register to attend a workshop for a sustainable Switzerland at www.footprintnetwork.org/ch.