QUITO, ECUADOR—July 28th, 2022—Ecuador’s Minister of Environment, Water and Ecological Transition, Gustavo Manrique, presided the launch of Earth Overshoot Day 2022 in Ecuador’s Cancillería (July 28). He was joined by Vice Minister of Foreign Affairs and Human Mobility Luis Vayas Valdivieso, and Global Footprint Network founder Mathis Wackernagel. The event featured supporting video statements from ministers from around the world. Environment ministers included Carlos Correo from Colombia, Zac Goldsmith from the UK, Rosalie Matondo from the Republic of the Congo, and Milciades Concepción from Panama. A recording of the event can be seen here. Minister Manrique also signed an MoU with Global Footprint Network with the intent to form a “One-Planet Alliance.”

Ecuador’s unique tradition puts nature at its center. In 2008, it made history when it became the first country in the world to grant nature legally-enforceable constitutional rights to ”exist, flourish and evolve” through an overwhelming popular vote. Ecuador ranks as one of the countries whose Overshoot Day arrives the latest in the year (December 6 this year), which means its Ecological Footprint per person is only slightly higher than the worldwide average biocapacity per person.

The date of Earth Overshoot Day is calculated each year by Global Footprint Network, using National Footprint and Biocapacity Accounts data. This day reminds us that the persistence of overshoot, now for over half a century, has led to huge decline in biodiversity, excess greenhouse gases in the atmosphere, and heightened competition for food and energy. These symptoms are becoming more prominent with unusual heat waves, forest fires, droughts, and floods.

The economic pressures are already playing out. As Global Footprint Network’s research shows, that by now more than 3 billion people live in countries which produce less food than they consume and generate less income than world average. This means they have inadequate food capacity and a huge disadvantage in accessing food on global markets. If we include all resources, not just food, the number of people exposed to this double challenge climbs to an astonishing 5.8 billion people.

“Resource security is turning into an essential parameter of economic strength. There is no advantage in waiting for others to act first. Rather, it is in the interest of every city, company, or country to protect its own ability to operate in the inevitable future of more climate change and resource constraints.” commented Mathis Wackernagel, founder of Global Footprint Network.

“Cities hold the key to clean infrastructure transformation. Quito for its conservation of protected areas, Santiago de Chile for its number of electric buses, or Bogota for its bike paths show how local governments give their cities a better chance to have a solid future,” said Sebastian Navarro, Secretary General of CC35, the Coalition of Capital Cities of the Americas on Climate Change.

Turning the trends around is not just possible, it economically benefits those who lead the charge. There are plenty of possibilities that are economically viable while also reducing overshoot, including:

“The power of possibility gives us examples of how to build the future we need.” concluded Wackernagel. 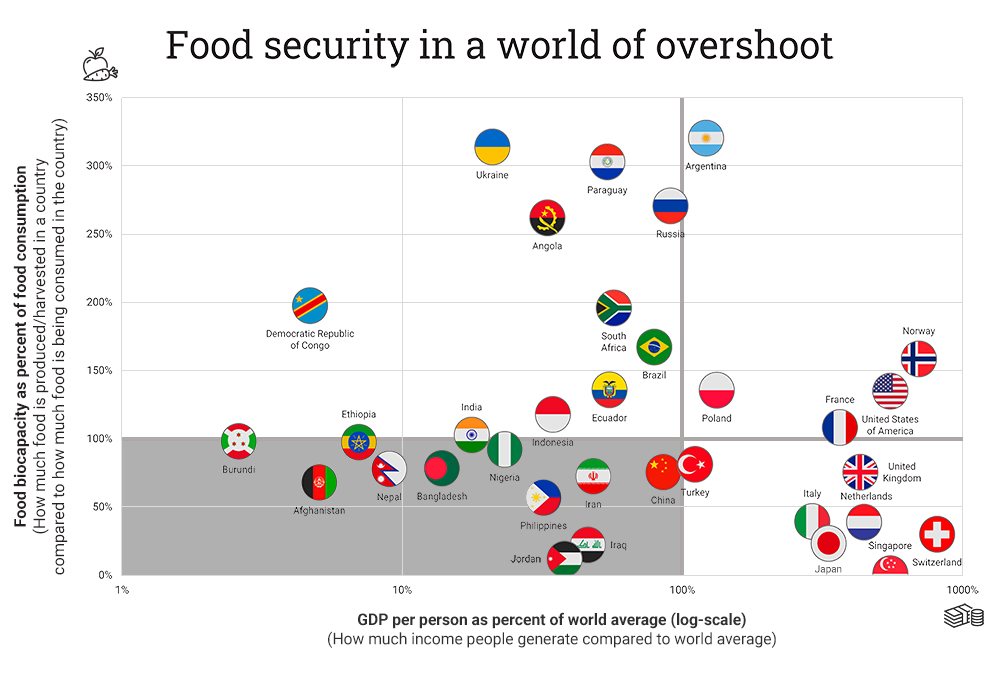 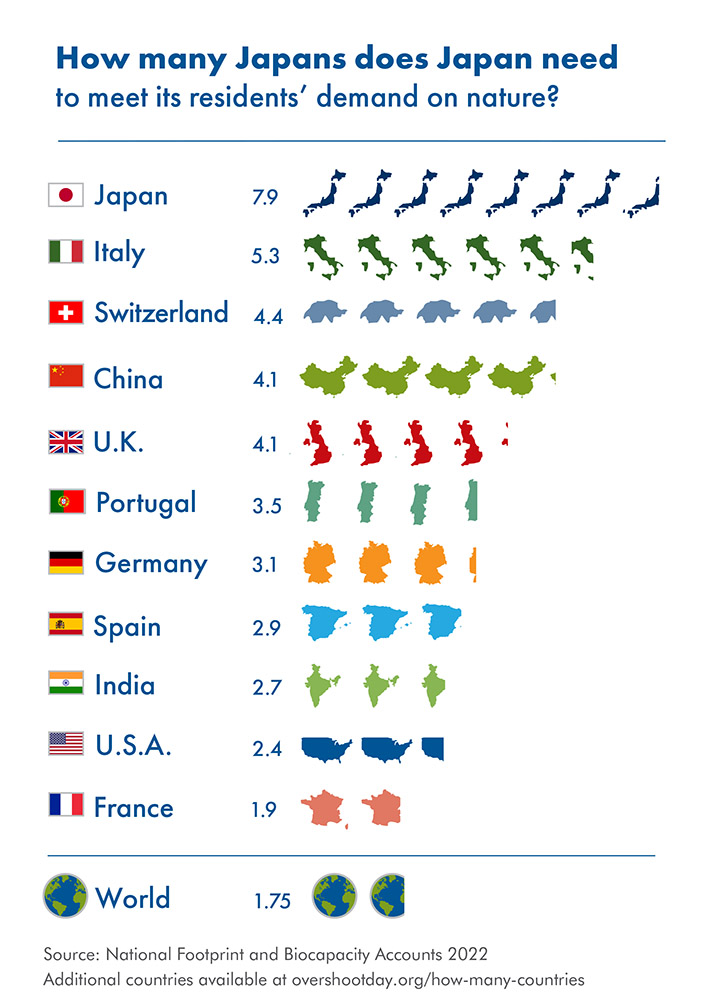 The Ecological Footprint is the most comprehensive biological resource accounting metric available. Based on 15,000 data points per country per year, it adds up all of people’s competing demands for biologically productive areas – food, timber, fibers, carbon sequestration, and accommodation of infrastructure. Currently, the carbon footprint, i.e., the carbon emissions from burning fossil fuel, make up 61 percent of humanity’s Ecological Footprint. The National Footprint and Biocapacity Accounts are now produced by FoDaFo with York University in Toronto.

Global Footprint Network is an international sustainability organization that is helping the world live within the Earth’s means and respond to climate change. Since 2003 we’ve engaged with more than 50 countries, 30 cities, and 70 global partners to deliver scientific insights that have driven high-impact policy and investment decisions. Together, we’re creating a future where all of us can thrive within the limits of our one planet. www.footprintnetwork.org