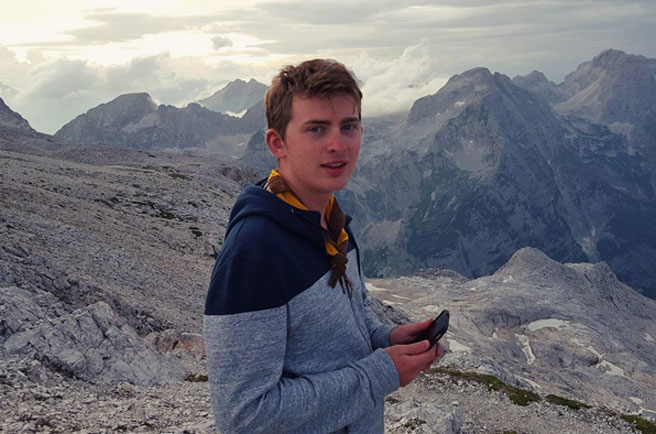 Corneel Nyckees can’t remember the first time he heard about the “Ecological Footprint.” “It’s such an obvious, everyday concept, I feel like I’ve always known about it,” he says.

Their geography teacher, Anneleen Schrevens, told the class about the Guess the Date Contest, and had them play the calculation game in small groups. Those who wanted to could submit their findings to Global Footprint Network.

“We had one hour to complete the assignment,” Corneel explains over Skype from his family home in Belgium. “We used the open data platform to get the numbers for global Footprint and biocapacity. But the key was putting our hands on the updated Earth Overshoot Day calendar of the past decades. From there, we were able to establish the progression pattern of the date, including the recent slow down. We also considered recent events like the drought in California. In the end, we concluded that moving the date one day earlier from 2016 felt about right.”

Corneel bikes to school, as does his mother who teaches at the same Waldorf School. Meat is slowly but surely disappearing from family meals since his brother became a vegetarian three years ago, and the family pays a green-energy premium to the utility that powers their home.

Corneel is quick to point out, however, that he’s no poster child for sustainable living, judging by Global Footprint Network’s Ecological Footprint Calculator. “It would still take 2.2 planets to support my lifestyle at the global scale!” he says. “We need to change our lifestyle now. At the same time, I’m worried about how it can impact my standards of living. In addition, we have no guarantee we can even make a positive impact at this stage on climate change.”

But Corneel won’t let fear shadow his view on what needs to happen. “Politicians typically take the easy route rather than going through the trouble of changing things. But I hope we’re going to have the balls to do what it takes to address climate change especially,” he says. “We need to drop our arrogance towards the Earth, and focus on conserving what we still have.”