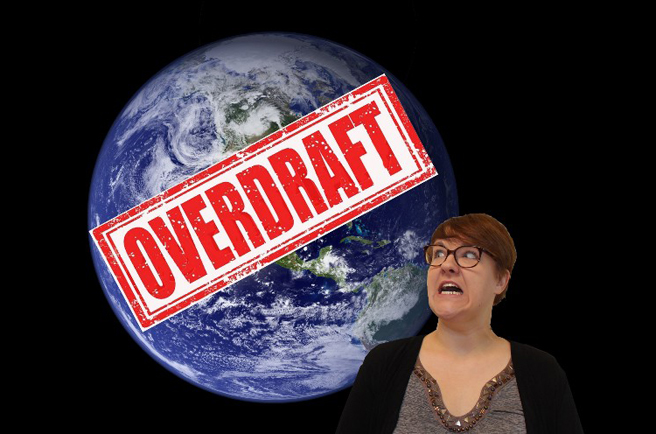 It Takes Two to Save the Earth

By Leigh Moyer
Population Organizer for the Center for Biological Diversity

Time is running out. We’re just two weeks out from Earth Overshoot Day — the day when we humans have used all the resources the planet can replenish in a year. Everything after August 8 is borrowed from wildlife and future generations. That probably sounds scary, and that’s because it is. It feels like one of those problems that’s way bigger than you. I mean, what can one person do?

More importantly, what can two people do. Let’s back up for a second. What the heck does overshoot mean? Think of the resources the Earth and all its systems create and sustain — like food, fresh water, clean air and healthy soil — as a budget. It’s a pretty big budget that should cover the cost of everyone (and thing) that lives here. But we’ve busted the bank. Humans are now using one and half times the resources the planet can restore each year. Overshoot means we’ve gone way over budget.

Overshoot is about overconsumption. We’re putting more greenhouse gases into the atmosphere than the planet can absorb. We’re using more water than rivers and lakes can replenish. We’re using up land at the expense of wildlife habitat. A lot of this comes back to wasteful practices that ignore the impact of industry on the planet. But the sheer number of people plays a role, too. Not only do humans demand a lot of resources, but there are also a lot of us making those demands. A whole lot. Our population has exploded in the last 200 years, from under a billion people in the early 1800s to over 7 billion today.

And this is where those two people come in. In the United States, nearly half of all pregnancies are unintended. So it’s up to every couple to make sure that if their family grows, it’s intentional.

What can you (and your partner) do to help balance our ecological check book?