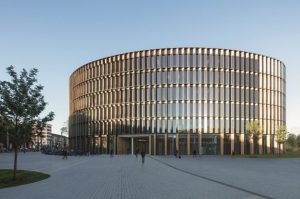 Stühlinger’s City Hall in Freiburg im Breisgau was completed in November 2017 as the world’s first public building with a net-positive energy balance. It has a gross floor area of 24,000 square meters and provides space for more than 800 municipal employees. What makes the new building special is that its solar system can produce more energy than the building needs itself. This means that this public administration building covers its own energy needs and also feeds surplus energy into the city’s power grid. All electricity and energy for heating and cooling are produced from renewable energies such as photovoltaics, solar thermal energy and geothermal energy. 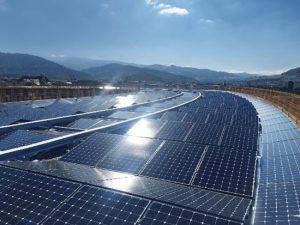