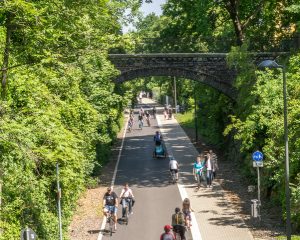 The road infrastructure project is primarily regarded as the initial spark for a bicycle-friendly climate in the city of Wuppertal and its region. It was developed by a citizens’ initiative together with the city administration. The idea received enormous attention from the Wuppertalbewegung association, which acquired 2.5 million euros in donations. It was developed by the city and the association between 2006 and 2015.

The project has received multiple awards: the German Bicycle Award and the European Greenway Award in 2015. The city of Wuppertal was also named Climber of the Year in the ADFC Bicycle Climate Test.

In addition, a connecting path in the direction of Langerfeld was developed by the association Wuppertalbewegung with the “Schwarzbachtrasse” and opened at the end of 2020. This extension has connected additional neighborhoods with about 50,000 citizens to the Nordbahntrasse and other leisure routes NRW.

Although currently not planning any further bike routes, the Wuppertalbewegung association is heavily involved in the upcoming Circular Valley project, with research, planning and implementation of projects all focused on the circular economy. This project is carried in partnership with the University of Wuppertal and global institutes as well as many international companies. 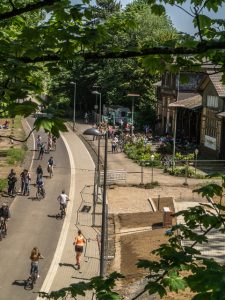 “Since the route has been in place, children in Wuppertal have been learning to ride bicycles.”

Considerations for a follow-up use of the railroad line Düsseldorf-Wuppertal-Dortmund first started in 1984. The line was finally closed in 1999. The renovation project got off the ground in 2005, especially through the founding of the Wuppertal Movement e.V., with the city administration joining in 2006. Continuous release in June 2015. 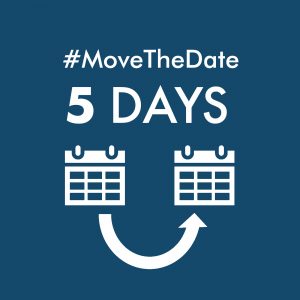 If 40% of Germany’s residents made the switch to bicycle transportation, German Overshoot Day would move back 5 days.