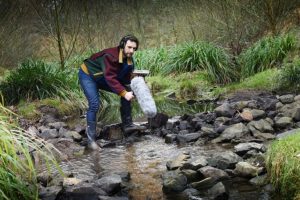 The city of Essen was awarded the “European Green Capital – 2017″ distinction by the European Commission for its demonstrably high environmental standards. In order to sustainably pursue and successively implement its goals, the city founded the Green Capital Agency. Its mission is to coordinate the future topics of “climate protection, environment, sustainability, energy, mobility and urban development” in the city group.

Among other things, the Green Capital Agency oversees the Ideas Exchange, a citizen projects competition that

was first launched for the first time in 2016 and has been repeated annually due to the great interest from the public. Individuals, groups and initiatives can participate, with (almost) no limits to creativity. The only requirements are that the proposed projects be open to the public, earn the applicant no economic benefit, and support the goals of the Green Capital. Funding is capped at 1,000 euros per project, with only one project funded per applicant.

Here are some examples of funded civic projects: 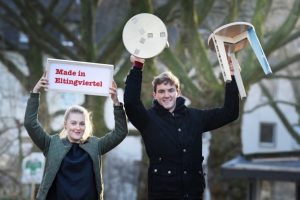 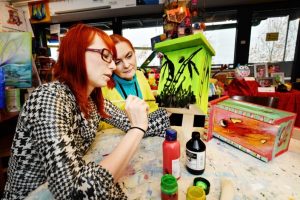 In the five Idea Exchanges run by the Green Capital Agency so far (2016 – 2020), around 360 citizens’ projects have been supported. These span a wide range, including the strengthening of existing structures such as the Essen community gardens, the development of new concepts such as public participatory workshops for bicycle repair, workshops on various aspects of sustainable living, sustainability programs in daycare centers and kindergartens, or plant care and planting programs throughout the Essen urban area.