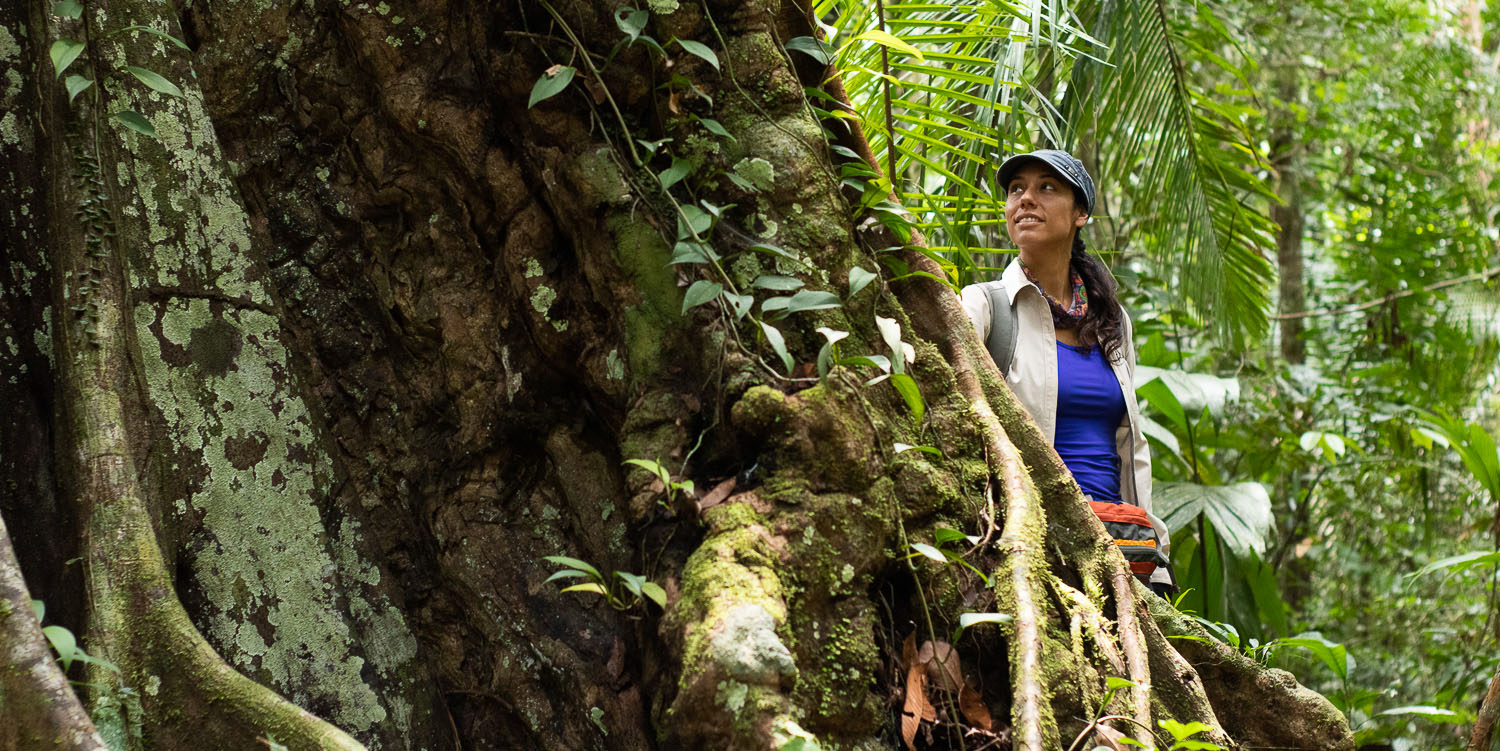 For the love of the Shihuahuaco

The endangered tree reigns supreme in primary forests in Peru. Three sisters from Lima have been on the front line to protect more than 900 hectares of its kingdom from illegal logging. ARBIO Perù, their non-profit, is the winner of the second #MoveTheDate Solutions Map contest.

For the past ten years, the Espinosa sisters have been preventing illegal logging on more than 900 hectares of primary forest in south-east Peru with the help of two park rangers. ARBIO Perù, the conservation non-profit run by Tatiana, Rocío, and Gianella, is the winner of the latest #MoveTheDate Solutions Map contest (nature category).

“Illegal loggers would be here now to take down the shihuahuaco trees and destroy this wildlife habitat if we weren’t protecting the area,” Tatiana says. “We believe our work here matters for all, because our health depends on the health of the planet,” she adds.

A forestry engineer, Tatiana defied local corruption and obtained a concession from the Peruvian government in 2006 to protect a portion of Madre de Dios. This rugged area on the edge of Brazil was threatened by the construction of a highway to connect both countries. “My family is from Lima, but I lived in Madre de Dios 18 years ago and I fell in love with it. I knew what had happened in Brazil, where 50 km of land along each side of the highway had been deforested over 20 years; I didn’t want to see that type of deforestation here,” she says. “Officially, the government issued a ‘reforestation’ concession, but it was meaningless when applied to this rich land covered with primary forest; in fact, it was a trick to open the door to logging,” she explains.

Peru is one of the largest exporters of Shihuahuaco (Dipteryx micrantha), a very hard wood prized for making beautiful and expensive floors. “The slow growth of the tree is responsible for the wood’s high density,” Tatiana explains. Today, 85% of Peru’s Shihuahuaco wood exports are logged in the Madre de Dios region. “That’s because all the other regions in the country have already been decimated. The shihuahuaco is going extinct. Our goal is to have the government add it to the list of endangered species,” she adds.

So far, Tatiana has studied 20% of the 916 hectares under ARBIO’s watch and identified about 300 tall trees as prime targets for illegal logging. Sixty trees are currently “adopted” by donors under a renewable annual contract. Donors can also “adopt” the forest one hectare at a time, also on an annual basis. 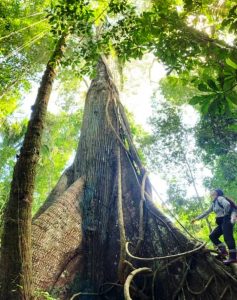 ARBIO’s donation platform was inspired by conservation practices in Costa Rica, where Tatiana studied and worked for several years. In Costa Rica, land owners receive $60 in government subsidy per hectare of conserved land. Because they operate in Peru, where no such subsidy is available, Tatiana and her sisters have been betting on donors’ support instead.

“We depend 100% on our donors to support the conservation services we provide; having 100% of the land ‘adopted’ would make it possible for us set out to do what we planned,” says Rocío Espinosa. Over the years, some 500 donors have adopted pieces of the forest managed by ARBIO, including 150 currently active members who have adopted just 20% of the land area.

The funds provided by donors are just enough to support the conservation efforts provided by the sisters and two park rangers, who live and work full-time from a base camp they built in the area, six hours away by car and by boat from the local capital Puerto Maldonado. The land is entirely ARBIO’s responsibility – including any illegal activity occurring on the territory. No law enforcement or any other support is provided by the government, who simply demands to see a management plan every five years to maintain the 40-year concession title.

“We are surrounded by illegal loggers who seek out the largest trees. They tend to be individuals from other areas who make a living buying commercially valuable trees from people in the local communities, which they log and sell to large corporations,” Tatiana says. “They do not understand the work we do – to them, money is money. But they respect us and so they don’t intrude on the concession,” Tatiana says. “Befriending them is our best defense.”

However, the situation is getting dire. More and more illegal loggers are crowding the area and the Espinosa sisters aren’t excluding the possibility that violence may erupt at their door in the near future.

The sisters believe that educating women and youth on the benefits of protecting nature instead of liquidating it, would make a large impact. “Costa Rica has demonstrated what is possible when you protect nature and develop eco-tourism,” says Rocío. “It is a model that we would love to emulate here, in Peru.” It would require setting up a strong program in partnership with female leaders in local communities around the concession. ARBIO cannot afford it for now. In the meantime, they will keep chipping away at nature conservation one large tree, one hectare of primary forest, one donor at a time.

“We believe this is the only way,” Tatiana says. “We all need healthy ecosystems. We can’t break as long as we inspire others – it’s too great of a responsibility.”

“Adopt” a shihuahuaco tree or a hectare on the ARBIO platform.