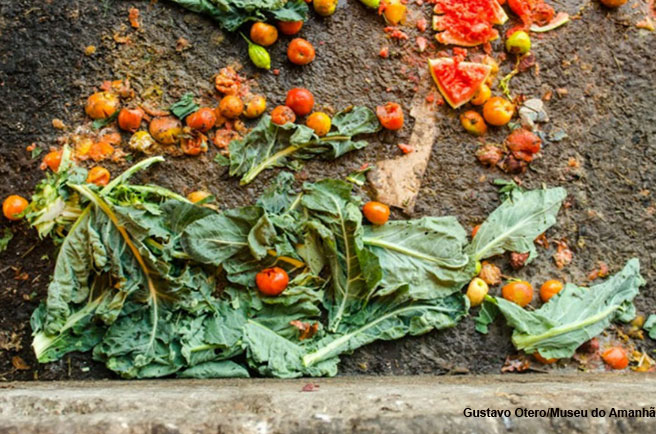 Food losses and waste: a challenge to sustainable development

By Ronna KellyAugust 2, 2016No Comments

[Read a version of this blog post in Portuguese here.]

We are all committed to achieving the Sustainable Development Goals. A key goal we have set for ourselves is to attain zero hunger by 2030. Managing agriculture and food systems in a sustainable manner is key to reaching our shared goals. We have made these commitments knowing that we already produce enough food to feed every one, although almost 800 million people are still suffering from hunger. At the same time, more than 2 billion people are “over nourished,” either overweight or obese. The food systems have not performed in line with our expectations.

Food waste is one of the important manifestations of the inefficiencies that plague our food systems. The world has recognized the problem. One of the SDG targets states that, by 2030, we should reduce food losses along production and supply chains, including post-harvest losses, and cut in half per capita global food waste at the retail and consumer levels. The high burden of food losses in low-income countries often results from insufficient or obsolete harvest and post-harvest technologies; from often woefully inadequate storage, transportation, processing and cooling facilities; from a lack of infrastructure, or poor packaging and marketing systems. And from low prices received by the participants in the value chain, making the net return on investment in appropriate technologies extremely low or negative.

These losses take a huge toll on proceeds available to farmers — especially small farmers — with poor access to the means of preventing losses. Losses therefore reduce not only the amount of food directly available to feed the family members of a farm household, but also lower the income available to purchase the foodstuffs necessary to supplement the meagre supplies in the off-season periods. As improved storage and handling facilities also help smooth seasonal shortfalls and preserve the nutrient content, this enhances stability of food supplies as well as food quality and utilisation. In sum, addressing these losses add to all four dimensions of food security, availability, access, utilisation and stability.

… and, at the same time, deepen the resource footprints of food production In addition to the losses at the primary level, there are even larger quantities lost while primary products are being processed, stored and handled in supermarkets and households. These forms of losses and waste account for 780 million tonnes globally, or 16 percent of all the produced food calories. Avoiding such losses would provide added advantages for food security, for instance by providing the much needed supplies for food banks and safety nets, including in high-income countries.

Avoiding these losses and waste present a large bonus for the Earth’s ecosystems, reducing the deep Footprint that food production and consumption can leave on its resource base. Food losses and waste add to existing pressures on land, water, and biodiversity and are the cause of additional Greenhouse Gas (GHG) emissions, affecting local resources and the global environment. Current food losses and waste estimates indicate that approximately 28 percent of the world’s agricultural land are used to produce food that is never consumed by humans. At the same time, large amounts of energy and water resources are also used throughout the food supply chain to produce, process, store and transport calories that end up wasted. The (GHG) emissions related to food loss and waste are estimated to account for considerable percentage of total emissions. They could be so large that, if food losses and waste were to be concentrated as one country, such a country would be the world’s third-largest emitter, only surpassed by China and the United States[iii].

With growing resource constraints and the need to increase global agricultural production by 60 percent by the year 2050, reducing losses and waste becomes a key element in sustainable global development. To increase food availability, food loss and waste reduction is in principle far more efficient than expanding food production. Hence the global community has agreed on the Sustainable Development Goal number 12 (SDG 12), and identified a specific target (12.3) aiming to halve per capita global food waste and reduce food losses by 2030.

What can be done to reduce food losses and waste, preserve our ecosystems and reduce our impact on climate change?

Food losses and waste must be tackled along the whole food supply chain, to create sustainable food systems. Managerial and technical deficiencies are important causes of food losses in developing countries, especially at the harvest and post-harvest stages. In such cases, simple, low-cost innovations can make a big difference. For example, the introduction of simple elevated racks for drying fish in the Burundian coast of Lake Tanganyika has greatly reduced losses and increased the wellbeing of fish processors, the majority of whom are women. Similarly, an FAO-led project in Uganda, DRC Congo and Burkina Faso provided training to smallholders and helped them purchase plastic bags and metallic containers, substantially reducing food losses compared to when food was stored using traditional facilities such as granaries[iv].

Of course, introducing technical solutions are most effective when other parts of the food supply chain are also functioning properly. Improved on-farm storage may ultimately have little impact on food loss if, for instance, farmers do not have access to markets to sell their produce. Boosting investment in infrastructure and in packaging, transportation and marketing facilities is fundamental. Low prices received by farmers and lack of instruments to manage risk may discourage the adoption of technical and managerial innovations even when those are available and known.

The problem of food waste may be more complex to tackle, as it requires changes in the way we value and consume food. Our current consumption patterns are not sustainable. Food waste is effectively linked to consumer demand, which constantly evolves and is influenced by many cultural and social factors that do not always follow economic or ecological rationality. Thus, consumer awareness is a basic step to improve our abilities in food planning, purchasing and consumption. Education on these matters in schools and political initiatives are important starting points.

Another option is to develop markets for ‘sub-standard’ products and use consumer surveys to influence quality standards. Many private standards, set by retailers to ensure certain characteristics of the products, lead to waste food items that are still perfectly edible but not aesthetic due to their size, colour or shape. Both commercial and charity organizations should be encouraged to arrange for the collection and sale or use of discarded ‘sub-standard’ products that are still safe and of good taste and nutritional value[v]. Raising awareness is key in all this. The SAVE FOOD initiative, a unique partnership led by FAO involving government, civil society, research and the private sector, is now on its way to raise awareness on the impact of, and solutions for, food losses and waste. Counting on more than 500 companies and organizations, its aim is to facilitate dialogue among stakeholders, drive innovation and evidence for policies and strategies, and raise awareness through a global communication campaign and the organization of regional SAVE FOOD congresses.

Other notable mechanisms include the Global Community of Practice on Food Loss Reduction launched by FAO, IFAD and WFP, and the FAO-supported Food Loss and Waste Protocol and Standard. Building on these existing partnerships, and at the recommendation of the G20, a Technical Platform on the Measurement and Reduction of Food Loss and Waste was launched in late 2015, with the objective to raise awareness, share best practices and improve the measurement of food losses and waste.