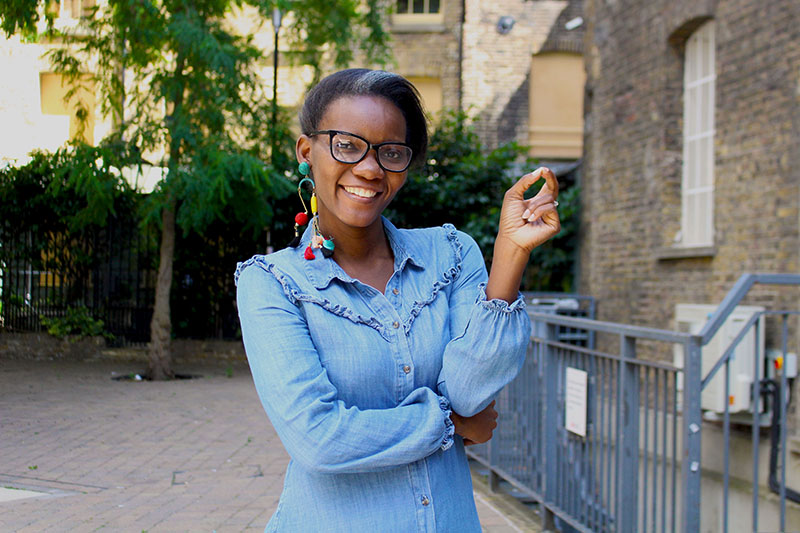 If we don’t have the conversation about our growing numbers, we will be doing an injustice not only to nature but to the women who are mostly expected to ‘reproduce and fill the earth’.

I am irked when organisations ignore talking about population or when they talk about it and totally misunderstand what it’s all about. I do not like when most assume that in low-income countries, or Sub Saharan Africa (SSA) in particular, where I am from, people do not mind the continuous unprecedented upsurge in numbers. Most people fighting against the discussion, especially people living in countries with high-income, make excuses like that’s racist, eugenics etc. I find the racist point an annoyance. What’s racist about it? Have you been to our countries? Have you been to the rural areas which make up most of the countries? Have you smelt the stinking poverty and hunger? Noticed children hanging around their mothers hungry? Found a household with about 5 children under 5 years and another in the womb – with oldest girls married off at 13?

Do you know how there, women are just mostly reduced to childbearing and rearing? Young girls married off early for a bar of soap, half a kilogram of sugar? All cost less than £1.

Do you know the future prospects of most of the people in rural areas? To have no confidence in the future? It is a vicious cycle out there, and no, people will not even afford to pay £6 to cover some student supplies required every term to participate in free government schools. Do you know that the school dropout rate is high for those few who get a chance to even start school?

If this writing comes off as a rant, you are right. It is a rant. Because it is a crucial topic I am passionate about. Why would you be against anyone honestly talking about population when its growth mostly oppresses young girls and women?

We should have this conversation. It has been gagged, which is insane – and as a woman (from rural Uganda), I find this gagging offensive. As someone who studied population issues from all angles including Sexual and Reproductive Health and the environment , and looked at projections, I cannot ignore the fact that my continent, especially my region, Sub Saharan Africa, is projected by the UN to have the largest increase in population, doubling by 2050 from 1.6 billion currently to 2.1 billion in 2050 and almost 4 billion in 2100. This is only the medium variant projection. Now imagine a scenario when it’s the higher variant. That variant is possible, especially if no serious efforts are made to empower women, through education, employment opportunities and quality family planning services.

All this growth – to me – means women getting used for their uteruses. It’s what most of us are reduced to in patriarchal societies – where culture glorifies importance in society by the number of children a MAN, who doesn’t carry the child in their womb, has. It’s the man whose back is patted for having many children. Now when you come to polygamous households, you’ll find women competing to bear the most children.

As a journalist who covered most parts of the country reporting on reproductive health issues, I met many women who were tired of the status quo. When you tell people not to talk about population, you’re binding us further in these senseless man-made societal standards. If you live in a high-income country, shame on you because you should know where you were in the 18th century before the demographic transition. That’s where some African countries are stuck, predominantly rural, having up to 7 children or more, lower expectation of life, no formal education, you name it!

Why can’t we get the benefits of the enlightenment like you did? Childbearing was among the factors that held many women back until they got access to those benefits. We also want to have a moment of progress and not always be among countries with high fertility rates which are genuine holdbacks. Most high-income countries are at replacement level (2.1 children per woman) and below. In those countries, women choose what to do, while in my region, it’s chosen for most of us – right from childhood.

Most lower-income countries have young age structures. Is my country prepared to meet the needs of the substantially growing numbers of children and young people (almost 50% under 15)? A lot of investment is needed to ensure that young people can become productive in society. Unfortunately, there’s still a great need to invest in QUALITY education, infrastructure, health, including family planning services and employment. We want to harness the demographic dividend (DD), something I have reported about throughout my journalism career, but how can we when our economic means are so fragile? Young people do not even have anything to save, yet savings and investments do matter for the coveted development.

Our leaders are excited by the youth bulge and seeing the dividend coming to fruition. But it’s not. When I first reported about this excitement in 2011, you’d think that almost a decade later, there would be a great deal of change – but alas, same old! We are obsessed with economic growth but that’s not even happening. Let’s not forget that the demographic dividend occurs when birth rates fall. But guess what, fertility rates are still high.

What will we have to face as so many young people in their reproductive years will have nothing to do? There are so many to support. When governments do not take a lead, the parents/guardians do as they are facing brutal necessities. Young girls who start menarche are married off – more like sold off – as early as 12 years old. One time while documenting stories on child marriage, a mother told me, “well my daughter just got married off at 14, for me I was married off at 13 years.”

Please start talking about population growth and its effects on the environment and on young girls and women.  Much more could be done to ensure that all women have access to modern contraceptives and have the decisional autonomy over how many children they have. Guttmacher Institute estimates that about 218 million women in low-income countries do not want to become pregnant. They have no access to safe and effective modern contraceptives and are held back by ‘defenders’ like you, plus societal expectations hammered into us right from when we start crawling.

Population needs to be addressed globally. It’s no rocket science that the more of us there are, the more we consume. High-income populations consume more than those who do not have the means. So it makes sense that they should choose to have smaller families. In low-income regions, especially in Sub Saharan Africa, the more of us there are, the fewer the natural resources. We are decimating forests by the day and literally having endless wars with wildlife – wars we always win. With a population growing at 3% annually in Uganda, what chance does nature stand?  Worse is the fact that young girls and women are held back – as fertility is sadly largely socially determined. This is not okay.

Let’s promote and support quality formal education because there’s a lot of evidence to suggest that the longer girls stay in school and go up to secondary or higher, the better the chances of them not being constrained to mere child bearers and rearers, using modern contraceptives, autonomy, employment opportunities and a somewhat good foreseeable future which will get governments the economic development they so crave. Change is possible.