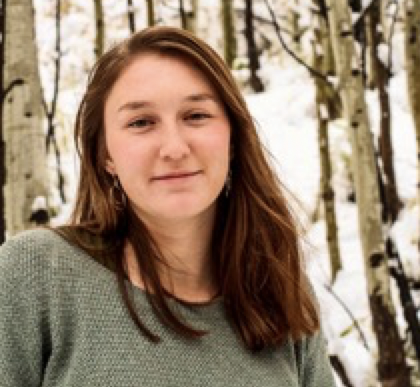 Growing up in a predominantly White and Latinx community in rural western Colorado, my environmental and global education was present, but certainly dated and problematic. My understanding of population really came to a head in high school during my first Environmental Science class. Massive numbers dissociated from reality, billions of unnamed people, the labeling of entire countries as “developing”; this was my introduction to the Grand Challenge that is balancing environmental protection and rapid population growth. The environmental narrative of women in Africa and India having too many children is rooted in colonialist thought and the tendency of white environmental elitists to avoid onus for ecological depletion. While population increase poses an undeniable burden to resource availability and overall human health, it needs to be the priority of rising youth and current adult generations to force a re-framing of environmental conversations into ones that clearly connect the ecological responsibility of the powerful, affluent consumers to consistent depletion and work towards proactive solutions for all.

Many studies have shown that a dedicated improvement in womxn’s education improves quality of life, decreases birth rates, decreases transmission of HIV/Aids, decreases infant mortality rates, and increases GDP. These are all direct and beautiful reasons to invest in womxn globally whether it be through access to birth control, family planning, or general secondary and higher education. Population does coincide with a focus on womxn. Population decreases when womxn are granted the resources and ability to invest in their minds and their health. The issue is that these concepts are often limited to a discussion around colonized nations and Womxn of Color which ostensibly works only to harm already marginalized people through misplaced focus and blame. The conversation shifts away from major environmental realities to shame and degrade the actions of marginalized womxn instead of addressing large scale, global environmental degradation caused by nations, corporations, and affluent consumers.

Conversations about population must be contextualized. To avoid a colonial mindset in environmental movements, it needs to be made clear that affluent populations’ massive consumption and extraction significantly outweigh any depletion or overuse stemming from low-income populations. The Center for Climate and Energy Solutions found that in 2017, the United States was the global leader in per capita emissions while its population conversation counterpart, India, contributed fewer emissions by a factor of almost nine (1). An article published by Columbia University touches on how economic growth is a necessity to the millions of global people living in extreme poverty, and the effectiveness of technology in mitigating environmental degredation at the hands of the economy (2). There is a limit to these technological fixes and without legislative actions instilling sustainable development and curbs on consumption, high income nations cannot offset their emmissions that disproportionately affect nations who struggle to sustain high population rates. The issue of Climate Crisis and overshoot is not one limited to the number of children per family, but one of consumption, affluence, and overuse. The discourse surrounding the issue of Climate Crisis and overshoot should reflect the same.

In addition to the traditional goals of resilience and preservation that many environmentalists aim to uphold, I am advocating for constant accountability for how conversations around population growth are framed. I want more people to recognize the power of education, alongside the reality that there are systems that inhibit access to knowledge for some groups.

As a white woman from the United States, I have easy access to birth control and the space to make family planning decisions that will continue to benefit me and my family. In that, I too can make family planning decisions that benefit those who do not share those same privileges. I have the privilege to make the decision to have two children to fill the hole their parents will inevitably leave behind on this planet one day. I personally have work to do to acknowledge the foundations of my environmental thought. We as figures of the environmental future need to look within and reflect on what actions we can take to do better. What aspects of colonialism are still present in my own education? How do my conclusions benefit different groups of people? These are the types of questions that need to be at the forefront of researchers’ minds as they examine population topics.

High income governments and stakeholders hold more of the burden to invest in both domestic and global family planning, sexual education, access to birth control, and womxn’s education generally to both compensate for their own contribution and provide the assistance to populations with less access to these needed resources on their own. A system that perpetuates racism and exploitation is not sustainable. There is no sustainability without a commitment to a permanent acknowledgment of the affluent and privileged people’s consumptive tendencies and consistent extraction of the Earth and its people.