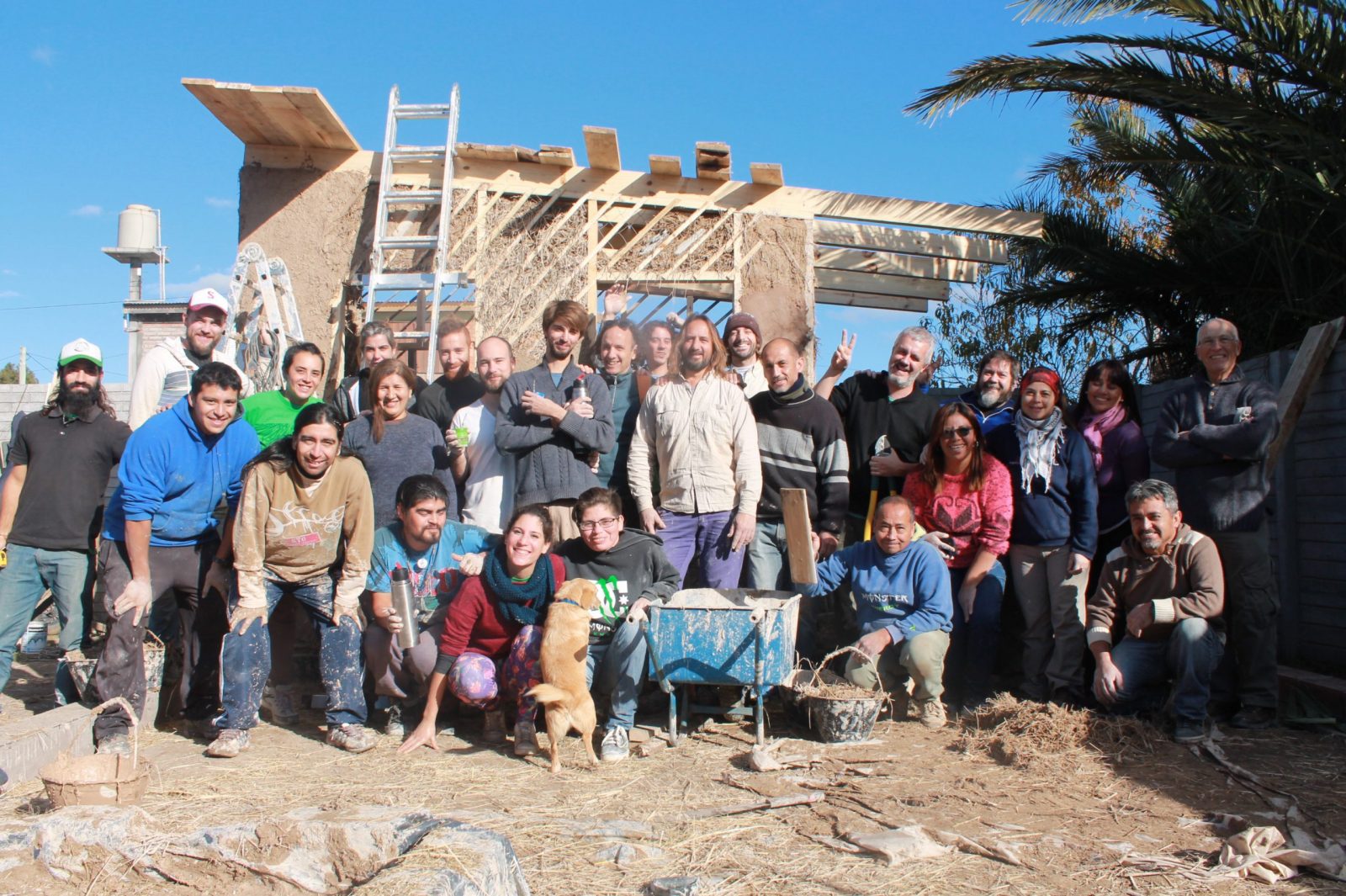 Building together with nature

By Michelle ShafferAugust 21, 2020No Comments

Tribu de la Tierra (Tribe of the Earth), a bioconstruction cooperative in Argentina, takes the win of the #MoveTheDate Solutions Contest, Cities category. We are excited to bring you their story!

About ten years ago, the former photojournalist started building his own house in the community where he was born and raised. In the process, he says, he discovered a new world. He embraced his connection to Mother Earth, learned to work daily with love and conviction while respecting her, and learned to value the soil as a material and as an element. 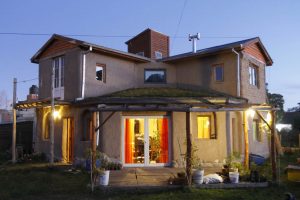 Most importantly, he understood the power of building in community. And he decided it was essential to go recapture that tradition. He grew obsessed with teamwork, how to foster it and make it as effective as possible on both community- and house-building levels. And he fell in love with the possibility of helping raise awareness in people and make them connect with the land and with their fellow human beings.

Tribu de la Tierra was incubated in 2016 with co-founder Andrea Swidzinski, as Ricardo decided to start testing his own bioconstruction training program. In the process, he encountered many like-minded people, with a shared desire for building a better world both for themselves and for others.

“Accompanying families in the building process of their home is the premise of everything we do,” Ricardo emphasizes. “Every family that lives in a house with natural materials is more conscious and responsible for their way of living. Respecting the environment, managing their wastewater properly, gathering rainwater, keeping an edible garden, separating residues, consuming less, in a house that’s more comfortable and more energy efficient, to name a few advantages. Because that’s where the new generations will grow with an evolved consciousness, it’s going to change the world.” Homes, not houses, in other words. Consequently, those with whom he and his team share the process become friends, not clients, and the community grows. 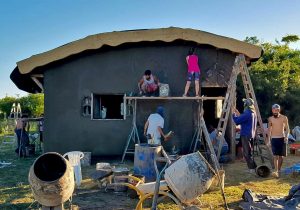 Bioconstruction refers to construction involving both natural and repurposed materials. It necessarily takes into account the bio-climatic context and local design, thus generating low environmental-impact buildings. As such, it is hardly a novelty. Humanity has long used natural materials within reach to build shelters. Yet, “natural construction is a healthy habit that we’ve lost in the last two generations,” Richard says. “I don’t mean only the materials, but also the practice of building in community, sharing the learning and experience, and transmitting the skills directly from generation to generation.”

Because that knowledge has been lost in the urban centers where more than half of the world population lives today, Ricardo and his teammates view it as innovative. “It’s not something that’s taught in schools or universities — there we’re taught about consumption and growing the economy, rather than caring for our planet or being conscious of how we live.” Bioconstruction is no different from what construction has always been, except that it grew from the realization that certain materials pollute, and that infrastructure puts pressure on the planet. “We also found ourselves thinking about what to do with all the waste we were generating — it was then that we named it bioconstruction”, Ricardo says.

In the age of technology, industry, and new materials, going back to ancestral building techniques may strike one as odd, until one considers a few facts. The building industry represents 45 percent of the global energy consumption (hello, cement production!) and 30 percent of all the waste generated in the world. By contrast, bioconstruction takes about five percent of the energy required by industrial building works (“the most sustainable energy is the energy we don’t use”) and doesn’t generate waste – in fact, it can even reuse waste. 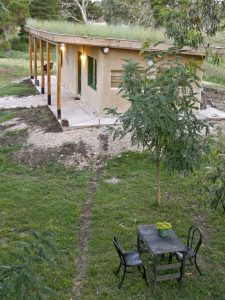 Although no reliable data exists, bioconstruction practitioners like Ricardo claim that the practice is growing around the world. “Obviously, cultures and peoples that continue to use the traditional constructing systems don’t call it this way; they just keep building as they always have,” he adds.

He argues that bioconstruction is innovative also because it has evolved a great deal in recent years, gradually incorporating new technologies and tools. And because it incorporates waste elements, which are products of our daily consumption and would be part of a landfill otherwise. In its modern form, bioconstruction may have been first revitalized in Germany in the 1980s by Gernot Minke, quickly followed by Michael Reynolds in the USA, and Jorge Belanko in Argentina. Gaia Ecovillage, a permaculture center created in the 1990, is a famous example of an Argentinian bioconstruction community.

“In my opinion, a huge advantage we have here in South America, compared to Europe for instance, is that the impetus to build one’s family home is still deep in our genes, which allows us to innovate, create, become self-sufficient and be entrepreneurs,” he says. In northern Argentina, examples abound of old and new buildings made with natural materials. Perú is another great example, with ancient clay buildings and the implementation of amazing techniques and building systems. But this type of buildings can be implemented anywhere in the world, taking into account local characteristics. Adobe, for instance, has been used not only in Perú, México, and Chile, but also in Spain, Egypt, and even China. 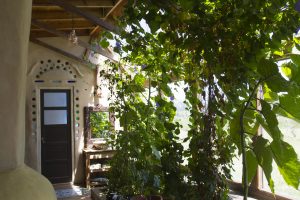 “Bioconstruction forces us to go back to our roots, to natural materials, to our essence. We contemplate the environment, we approach nature and we live in harmony with it, changing the paradigm, seeing the building as our home, the place where we spend most of our time, and from there we can start to be more responsible for the impact we cause on our planet,” Ricardo says. “But most importantly, it’s about going back to working as a team — stop competing and start sharing again. In this way we also make ourselves more conscious of the building process and hence of our way of living.”

Returning to building in community? That’s still the main challenge bioconstruction is facing today is, he points out. Humanity is still in the process of learning that together, we are stronger.