“Farmers are a sensitive bunch – they don’t like to feel like they are the problem. Always be on their side – they are the victims of a food system that promotes food waste,” explains Alba Cánovas Creus, a project manager at Espigoladors (“Gleaners”). 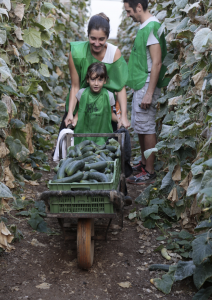 Alba posted Espigoladors on the #MoveTheDate Solutions map – look for it at El Prat de Llobregat, on the coast just south of Barcelona in Spain. When the first #MoveTheDate Solutions contest was announced, last month, she successfully rallied support for it through social media, helping it score the highest number of votes. Congratulations to Espigoladors for winning the first solution contest since the map was publicly launched on Earth Overshoot Day 2019!

“We are so happy to win this contest,” said co-founder and CEO Mireia Barba. “Together, let’s #MoveTheDate by demonstrating and implementing more solutions to reduce our global footprint, and let’s do it now! We do not want to waste more time — nor food!”

Espigoladors was founded in 2014 to address food waste, food insecurity, and social exclusion. The keystone of its business model is organizing gleanings, where volunteers gather fruits and vegetable crops that are not profitable for farmers to commercially harvest. Since 2015, 700 tonnes of food that wouldn’t fit the market’s standards for size, shape, and looks, were thus prevented from rotting in the fields. Each gleaning requires the farmer’s formal permission and scheduling agreement. Volunteers and their families can keep a small part for personal use. A significant share of the bounty is donated to local food banks. What remains is processed into veggie pâtés, sauces and jams by es im-perfect®, the social brand created by Espigoladors which supports 11 full-time jobs. Employees were hired among socially and economically vulnerable local residents, including members of the Roma community and immigrants from North Africa and South America. The organization also welcomes non-violent minor offenders who need to perform their court-mandated community-service. 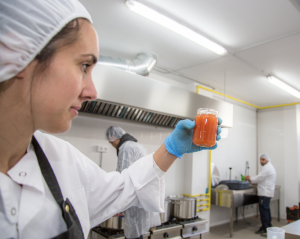 While it provides clearly demonstrated social and environmental services throughout its value chain from farmer to consumer, Espigoladors toils ceaselessly to rally support and funding to operate and grow its operations. The non-profit heavily relies on short-term grants and subsidies from the private and the public sectors which fund specific programs. Occasionally, corporate entities pitch in, in exchange for some of the sustainability and social justice sheen that Espigoladors confer to their brands either internally or externally – here a company is sending their employees on a team building exercise through harvesting veggies with other volunteer gleaners; there, another one is varnishing its back-to-the-community responsibility through funding a social program. 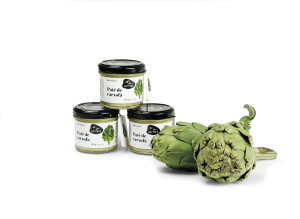 Increasingly, Espigoladors is growing its mission on a crucial front: education. Its staff holds food waste and sustainability awareness workshops with children and youth in local schools. And the organization now dreams of finding an audience among college students.

Another vision for the future is developing farmers/gleaners networks in new areas around Spain and even abroad. Despite five years of experience near Barcelona, however, replicating a similar project elsewhere remains a daunting challenge.

“It is not as easy as opening a new cookie-cutter franchise under an existing brand,” Alba points out. “The feasibility of a project like this relies on so many variables in one community: How high is the food waste awareness? Are the local farmers open to the idea of people gleaning on their land? Are there enough available volunteers? Does the public have the desire to support sustainability solutions? It is a very complex set of circumstances that needs to be identified and properly orchestrated.” 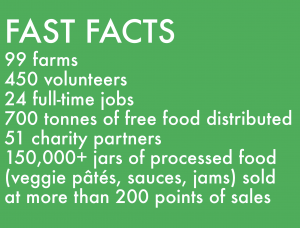 regat turned out to be a prime location – surrounded by an abundance of farmland while in the immediate proximity of a largely progressive urban center with high sustainability awareness. Her advice to anyone interested in launching a similar project? “Go out and invest time and effort in an in-depth solid market study,” she says with no hesitation.

Read this document in English for detailed data about food waste and food insecurity in Spain, as well as in-depth information about Espigoladors’ project, operations and business model.