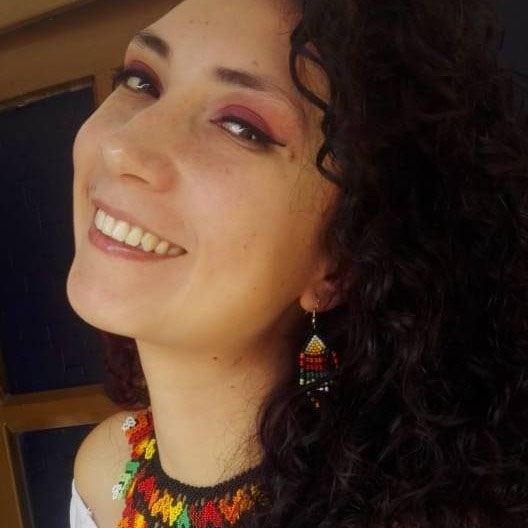 It is no secret that we are facing a civilizational crisis. One that not only puts our species at risk, but every living thing on our planet: the oceans, rivers, soils, the sky, the air we breathe. For all of us in the Americas, these are the elements of life. The rhythms of destruction continue to accelerate and lack any sense of humanity or regard for history.

It has been established that the greater the number of human beings there are on our planet and the greater their consumption, the greater the deterioration of our ecosystems. To establish a positive relationship between human beings and ecosystems, many have pointed to the population “problem.” There have been calls for decreasing birth rates, especially among Latin Americans. There seemed to be particular emphasis of stopping population growth in countries with large extents of poverty, where inequality and social injustice reign. But the issue was pronounced as if the problem was “too little bread for so many mouths”.

Now, if we are to talk about population, let us talk about it, and let us also talk about consumption. And let us ask which societies: Have the greatest level of consumption, and why? Who are those who produce so that others can consume? How do they produce? At the cost of what, and who? Who are those responsible for the death of our forests, mountains, and rivers? Who are those who impose a model of development that tramples on life and pillages? So many disappear and are murdered. Which peoples suffer from these models of development and who reaps the benefits? Are we accomplices?

Let’s talk about ecosystems and how they are threatened by consumer society and exploitation. Our exploits have been massive, yet during such a short time period since  life emerged on our planet. Year after year Earth Overshoot Day knocks on our door: “by today we have consumed all the resources of the planet that should have been consumed in a year,”, The dates have come earlier and earlier. The overuse repeats itself,  turning itself nearly into absurd theatre. But even with all these challenges, I am not proposing hopelessness. I believe that there is still time to talk about the health of our planet, to restore, protect and conserve our ecosystems, in a way that leads us inexorably to walk towards democracy for humanity, one that is effective and inclusive, where being alive is not a sentence, where there are material and spiritual possibilities to develop our potentialities as individuals and communities.

And we also have to do the math. The greater the number of people, the smaller the portion of the planet we each have. Let us recognize the material and spiritual reality of our peoples from Abya Yala – the two American continents. Our valleys and mountains flourish and bear fruit every day, and we are not poor because we want to be, as many point out, especially the most distinguished Creole aristocracies. We shelter the largest lung in the world, “we are the backbone of the planet”, we are home to the greatest biodiversity in the world! This is a call from the lands of the cosmic race, as Vasconcelos would say, to all corners of the blue planet to open our eyes and our hearts. Here we defend life because we have the conviction that there is room for all of us with dignity. If you doubt, ask yourselves who was Berta Cáceres in Honduras and Cristina Bautista in Cauca (Colombia)? Who is Francia Márquez and Isabel Zuleta (Colombians)? You could continue with the list of men and women who with love and courage defend the territories. The peoples of Our America are facing a deadly trade-off of life for life, pain and blood, but also, we know that in spite of our pains, hope walks. Let us become guarantors of the defense of the territories, which in the end is the defense of life, that is the role we must assume as a global society.